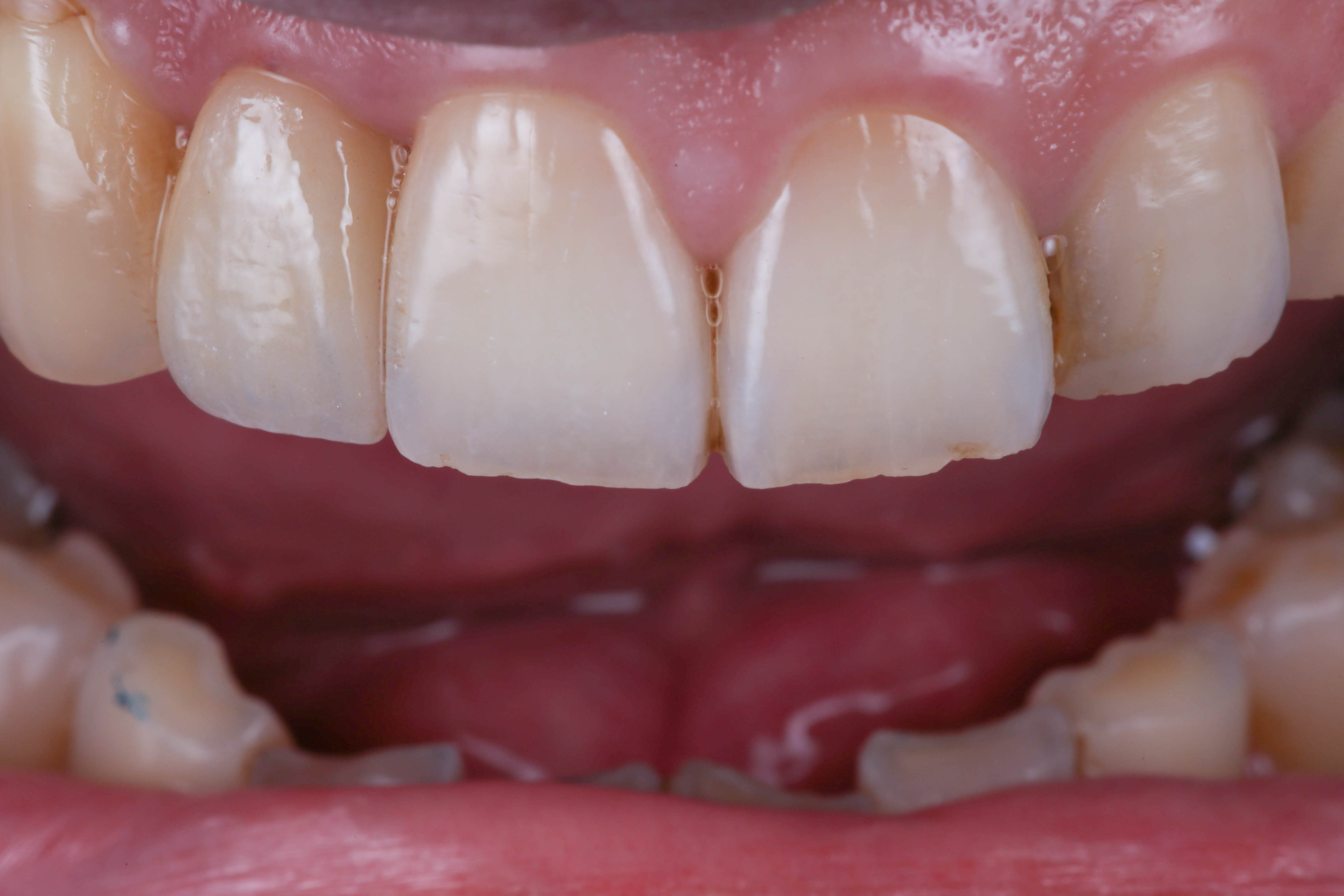 This patient came into the office with a displaced #12 crown, and asked for single-visit full-ceramic restoration.

The flaring of the #12 crown is such that its palatal aspects traces exactly the protrusive and lateral movements of #42 and a bit of #41. How did this result come about is anybody’s guess, but the lack of contact with #11 told me that this current design was not originally intended. Surprisingly, the PFM is not loose, but rather securely seated into this position with cement.

Typically when restoring lateral incisors, I try to color-match closer to the centrals while also taking symmetry into consideration. The discolored canine in this case had me a bit worried, and so I squeezed a few more shade guides into the photo.

Although the old crown flared outward, the actual abutment was lingually displaced. This means that we might have to shape the recessed gingiva a bit with cervical contouring.

In addition, with thicker ceramic the interplay between translucency and reflectance can be a bit tricky at times, causing the occasional grayish appearance. While the biocopy of the original PFM is not explicitly shown here, its palatal scan was used to determine the palatal limits of our restoration design. This is especially imperative for patients with habitual parafunction, if the aim is to minimize chairside occlusal adjustment. The efficiency with which this can be achieved is yet another advantage of doing digital impressions.

Although no adjustments were needed in static and dynamic occlusion, I would be lying if I wasn’t a bit apprehensive over the fact at the patient was clearly a rigorous bruxer. Who knows what strange ways the teeth may traumatize each other in his sleep. Anyway, the position of the old crown was so strange that I scheduled him back after only three days for a check up, which turned out to be redundant.